Virtual Reality has been heralded as being the next platform. The next major shift in digital technologies and how we interact with them. I’ve been keeping an eye out for the next ‘big thing’ for a while, we moved into Web 2.0 pretty seamlessly, and I was left wondering what would be next? We have had a few really fun next digital devices emerge, such as Smart Watches and curved TV screens, but still I thought, what is next? I must admit the whole curved TV screen didn’t grab me,but now I get it – for VR its going to be a pretty useful screen! Virtual Reality (VR) is going to be the next big shift in how we interact with digital technologies and tools – don’t think VR is Second Life or a similar such experience – it is much more than that. In the short term it is going to transform how we play platform games; Playstation, Xbox and the like already have some VR games, but this is going to expand enormously. The Headsets we currently use will keep improving, get smaller, less tricky to use until we see the new editions of platform games games coming with VR headsets. The move towards VR games means that there will be more intuitive programming that responds to what we do, how we move or the decisions we make via the headsets. Pretty realistic, already the graphics are at a stage that I know I want to step into and experience, so with the headsets we can achieve that. 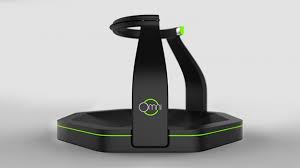 Beyond gaming, VR will transform other parts of our lives. At the moment I am working on a VR world for pre-service teachers, a place for them to practice their skills, acquire ones that are tricky to really experience (such as talking to parents) and generally experience the same types of learning and teaching they do whilst on placements in schools. We have a set of Oculus Rift headsets we are using, but I am itching to try Google Cardboard. At present Google Cardboard relies on your smartphone to turn the headset into a VR world, this is pretty limited by the number of VR apps on the marketplace – it will change, so for a reasonable $40 you could have a headset that when combined with your phone becomes a VR world.

So its pretty clear we are on the way – Facebook announced its purchase of Oculus Rift and their intent to invest heavily in this area and they are not alone. We have all been thinking online learning has been a huge change in how we teach and learn, imagine the impact VR will have in this space? Out sense of place is going to become a thing of the past, we will no longer be tethered to a spot but instead we will enter another space altogether. I’m wondering what this will do to our mobile devices – our smartphones, tablets, iPads, watches – how will these adopt to VR? Curved TVs were ahead of their field, being very suited to VR. 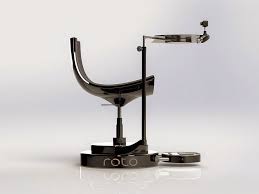 I’m excited by the next desks and platforms that are being developed that will carry us and host us in the VR space – perhaps classrooms of the future will be comprised of a network of individuals widely dispersed yet situated in one of these devices linked together in a VR space?